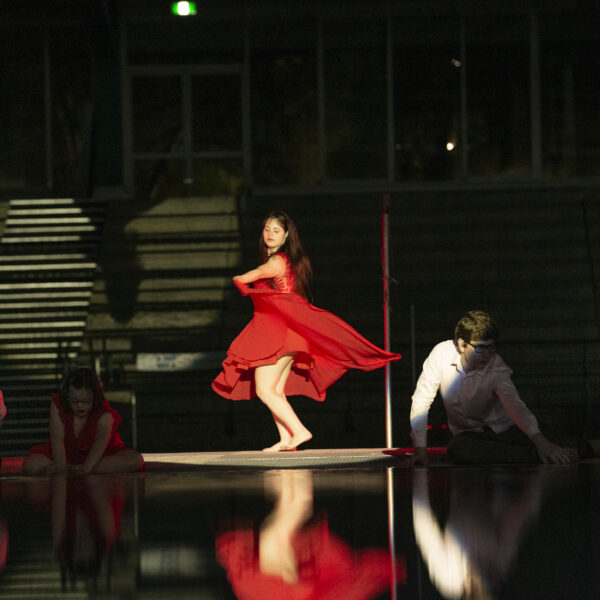 Restless have been invited to perform an original dance sequence for an Adelaide Film Festival event with a difference! Michelle Ryan has worked with a team of 12 dancers to create the sequence for Creating the Spectacle.
Adelaide Aquatic Centre will play host to a live performance art event like nothing ever seen in Australia. As the centrepiece of the 2018 Adelaide Film Festival, acclaimed UK multimedia, performance and installation artist Sue Austin will team up with  Restless to stage the southern hemisphere premiere of Creating the Spectacle.
Austin invented a world-first, self-propelled underwater wheelchair for the underwater, live-art and film event. Viewers are able to watch the performance underwater in scuba gear or poolside via a video screen. Held over two nights from October 18. Tickets are available at
https://adelaidefilmfestival.org
Photo: Artistic director Michelle Ryan
with dancer Jianna Georgiou
Photo by Elizabeth Cook
Courtesy of City Messenger