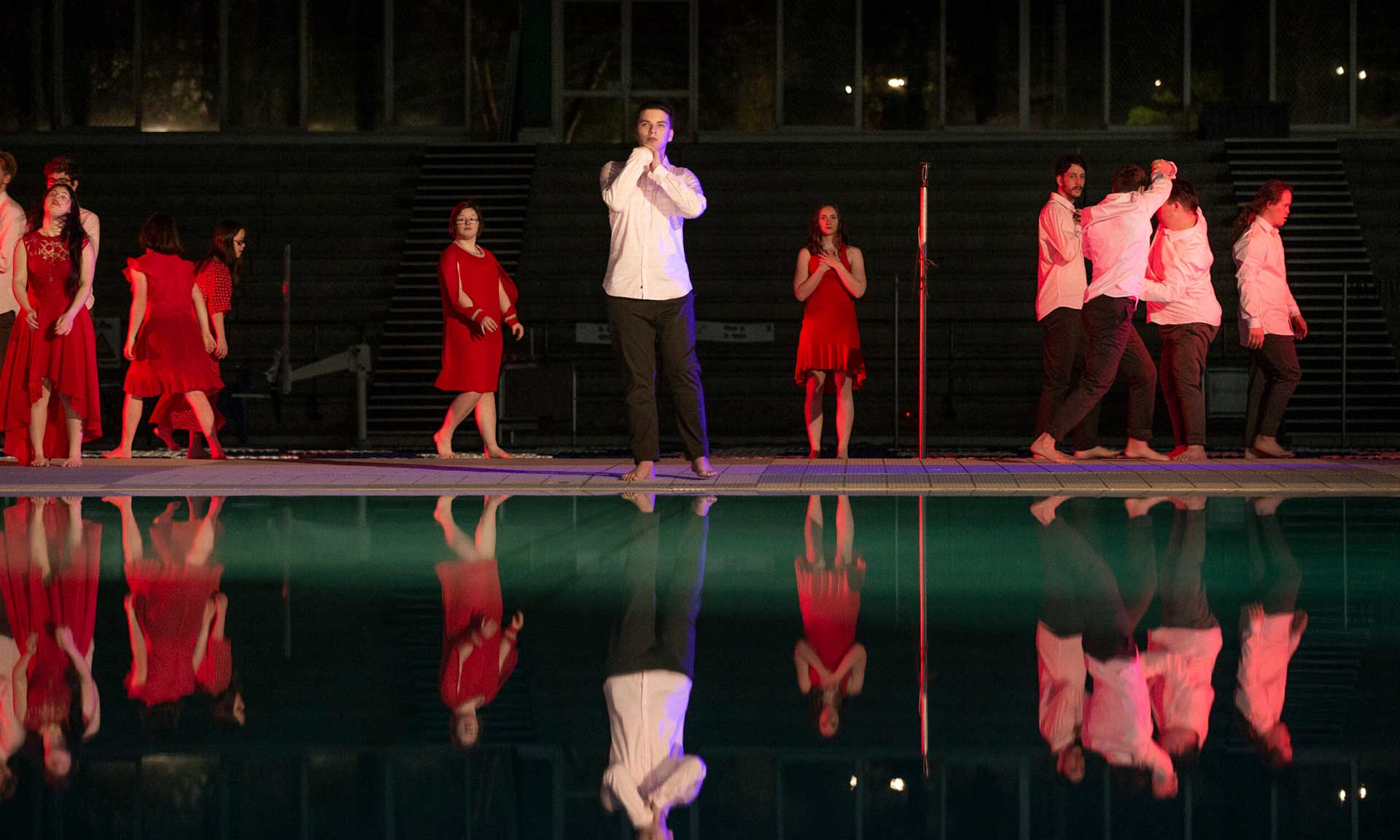 Home » Past Shows » Creating The Spectacle 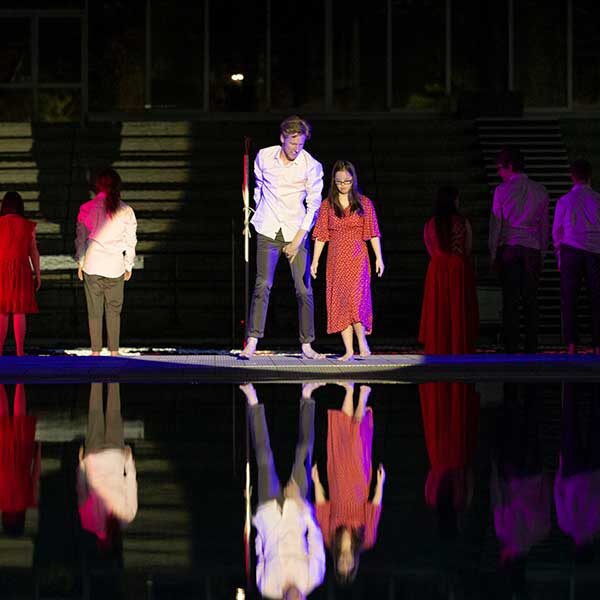 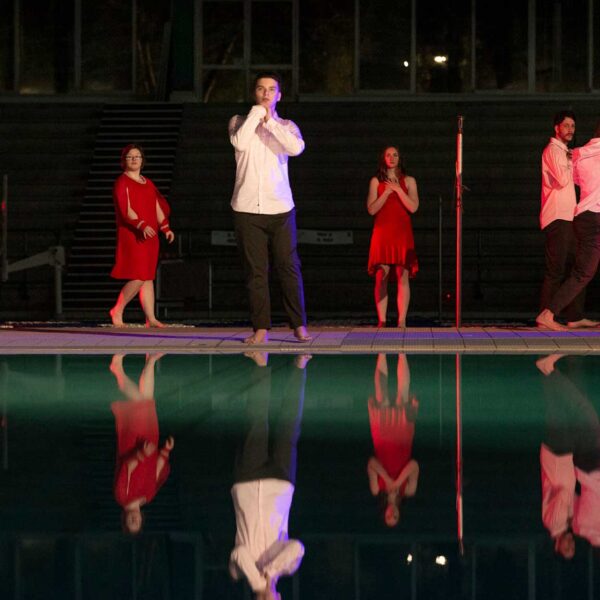 “…Restless Dance Theatre – who begin the performance in ebb and flow fashion, expressing fear, curiosity and, ultimately, admiration for the water – Creating the Spectacle doesn’t look at disability from the eyes of those who see a lack of something, but rather from those who know their art is an exciting vision and should, must, be shared.”
– InDaily

Restless Dance was commissioned by the Adelaide Film Festival to develop a 10 minute introductory dance sequence for Creating the Spectacle, a work featuring UK artist Sue Austin performing in her adapted underwater wheelchair. The work was performed over two nights at the North Adelaide Aquatic Centre.

The Restless sequence was performed next to the pool prior to Sue Austin’s entry into the water. The twelve Restless dancers demonstrated their professionalism while rehearsing in a very busy public space and during performances over the season.